Catalogue: BEST PHOTOS AND PHOTOGRAPHERS OF 5TH 35AWARDS   More
back

Cabo San Pablo is an isolated mountain, very characteristic because of its rounded shape that protrudes in a coastal section with a north-south-east general orientation. Its structure is composed of sedimentary rocks of the upper Tertiary. The Cape penetrates about 1200 meters in the high tide waters, a distance that decreases notably in low tide. To the north it presents a marine entrance called "Bay Quemada" (with a somewhat deeper one called "San Pablo Cove"), which is contained in the north by the "Cape Ladrillero" and the "Champion Rock"; In it flows the "river Ladrillero". To the south of the Cape San Pablo is another great marine entrance, which leaves exposed its bottom during low tide. In it stands a huge wreck: the «Desdemona». 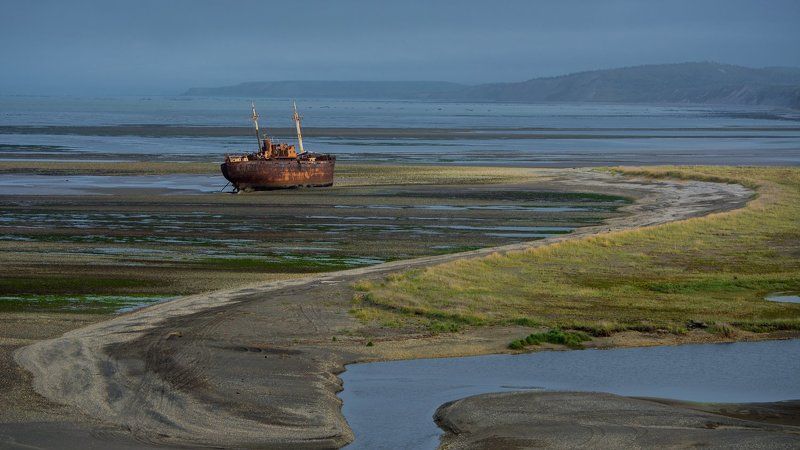