This scene appeared just in front of me in Roca Partida, a Rock in the Pacific Ocean in Revillagigedo archipel in Mexique . Suddenly a whaleshark appeared in the blu and a silkyshark was following it and bite it on several times . we were very surprised by this behaviour, that was probably a deparasiting time. I have just time to shoot them near me. 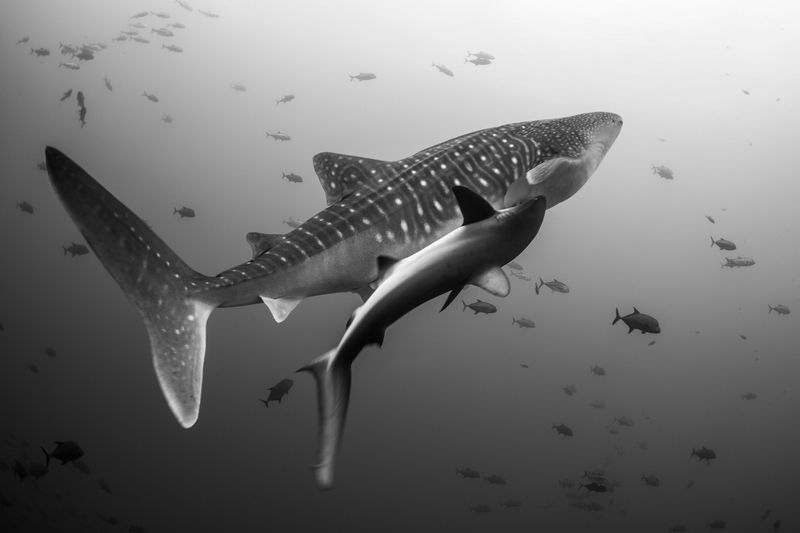